Andrew Luck has been shown the money by the Indianapolis Colts. Owner Jim Irsay took to Twitter (below) sharing the joy he had “making it rain,” and these droplets weigh heavy in the NFL. The highest average salary and highest guaranteed money so far making Luck the highest-paid player in NFL history.

The goal has always been to tie Luck down. That’s all they’ve talked about since the spring of 2015.

I selected Luck as my first pick last season in one of my fantasy football leagues. Luck started just seven games; he completed just 55.3 percent of his attempts and committed 13 turnovers in 2015. He was also prone to injury for the first time in his career; he missed two games early in the season with a rib injury then missed the final seven with a lacerated kidney. Luck also dealt with abdominal and shoulder problems. He showed signs but lived on my bench injured. I miraculously made the playoffs. 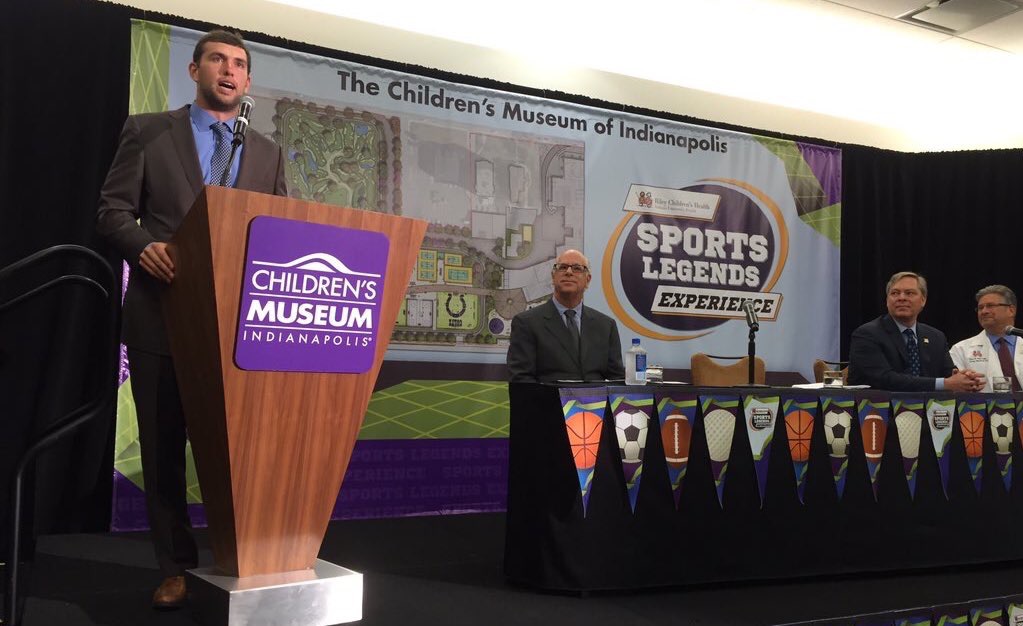 Injuries happen, truth of the matter is he deserves the money. No pressure. No diamonds. The pressure is greater than ever on Luck.

Luck started every game in each of his first three NFL seasons, and the Colts made the playoffs in each of them. That 2015 season deserves a pass, but with the money dispensing on him overall as an NFL player. When healthy, the sky falling with money is the limit.

The deal is worth $140 million with $87 million guaranteed. $43,241 is the minimum amount of money the Colts will pay Luck PER DAY through December 2021. Unless there is a Super Bowl trophy from now until then, those days are going to be very depressing rainy days in the city of Indianapolis.