Miami quarterback TUA TAGOVAILOA, with 138,390 votes, leads all players in balloting for the 2023 Pro Bowl Games Vote presented by Castrol.

Three of the top five vote-getters – Tagovailoa, Jefferson and Mahomes – are age 27 or younger while eight first- or second-year players currently lead their conference in votes received at their respective positions. 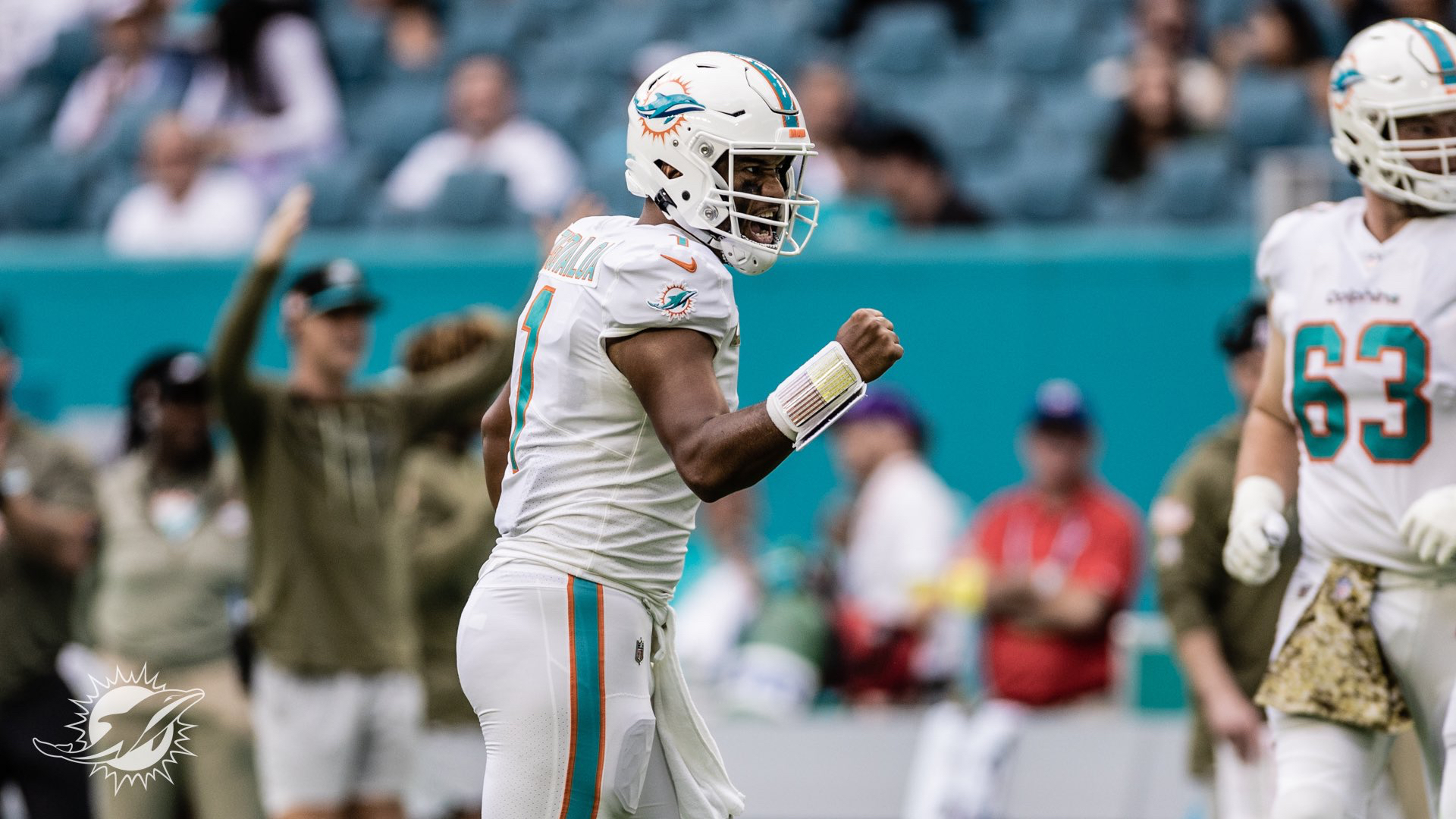 Fans can support their favorite players by voting for them to be named to the 2023 Pro Bowl Games roster, which features the league’s top 88 stars. Those who vote via www.nfl.com/pro-bowl-games/vote can also enter for a chance to win a trip to Super Bowl LVII courtesy of Castrol.

Pro Bowl Games Vote presented by Castrol will continue online and on web-enabled mobile phones at www.nfl.com/pro-bowl-games/vote or on club sites until Thursday, December 15. Fans can vote as often as they would like.

Fans can also vote directly on Twitter during the final two weeks (December 1-15) of Pro Bowl Games Vote. To cast a Twitter vote, fans should tweet the first and last name of the player, the player’s official Twitter handle, or a hashtag including the player’s first and last name. All three of these methods must include the hashtag #ProBowlVote. Voting via Twitter is an additional method of voting to the online ballot at www.nfl.com/pro-bowl-games/vote, which will be available throughout the entire voting period.

Roster selections are determined by the consensus votes of fans, players and coaches. Each group’s vote counts one-third toward determining the 88 Pro Bowl players. NFL players and coaches will cast their votes on Friday, December 16.

The NFL is the only sports league that combines voting by fans, coaches and players to determine its top athlete teams. It was also the first professional sports league to offer online all-star voting in 1995.

The Dolphins make me cry, Miami has won five in a row but suffer key injury before road trip

The 2023 Pro Bowl Games presented by Verizon will be a week-long celebration of AFC vs. NFC competitions featuring a new format that spotlights Flag football. Fans can now buy tickets to see all the action in person on Sunday, February 5, at Allegiant Stadium and catch the NFL’s biggest and brightest stars represent their team, city and conference. Ticketholders will be able to witness all the impressive player feats live, including epic seven-on-seven Flag football games between the league’s best players, exciting Pro Bowl Skills and a major musical performance. Sunday’s events will also be televised from 3:00 PM – 6:00 PM ET on ESPN and ABC. Visit probowl.com/tickets to buy tickets, which start as low as $35.