Rafael Nadal is considered the king, Carlos Alcarez, the prince.

Alcarez, at 18 years of age, was the youngest champion in Miami Open history and the first from Spain after defeating Casper Ruud of Norway 7-5, 6-4.

Alcarez shot-making was on full display in front of the heavy Spanish-speaking crowd. Power from baseline, soft touch at the net, and daring drop shots.

“He has all the ingredients to make a good salad,” Nadal said of the young talent.

For Ruud, the rise has been steady; he was No.26 in the world after Miami last year. 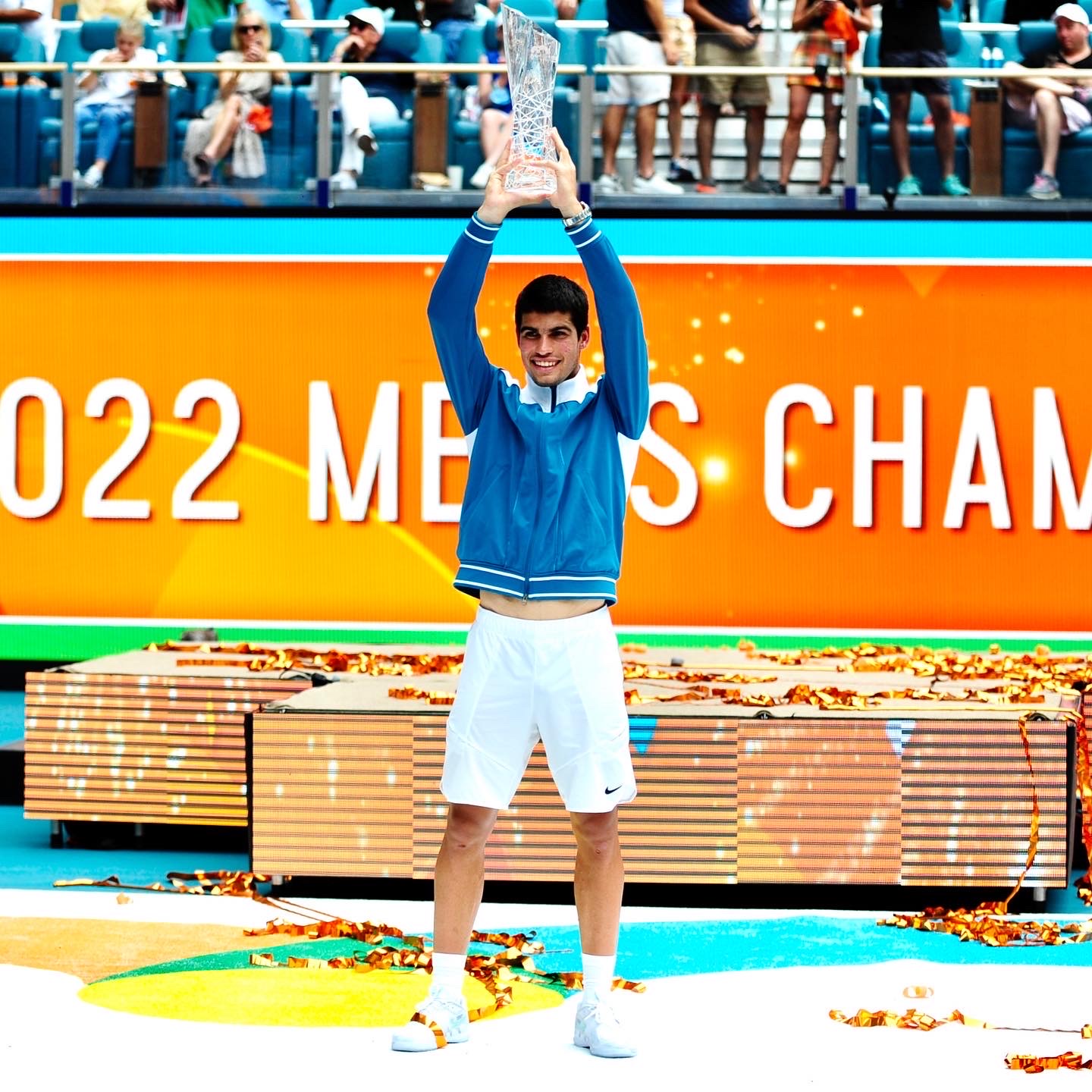 Alcarez picked up $1,231,245 for the victory, nearly doubling his career earnings with one check.